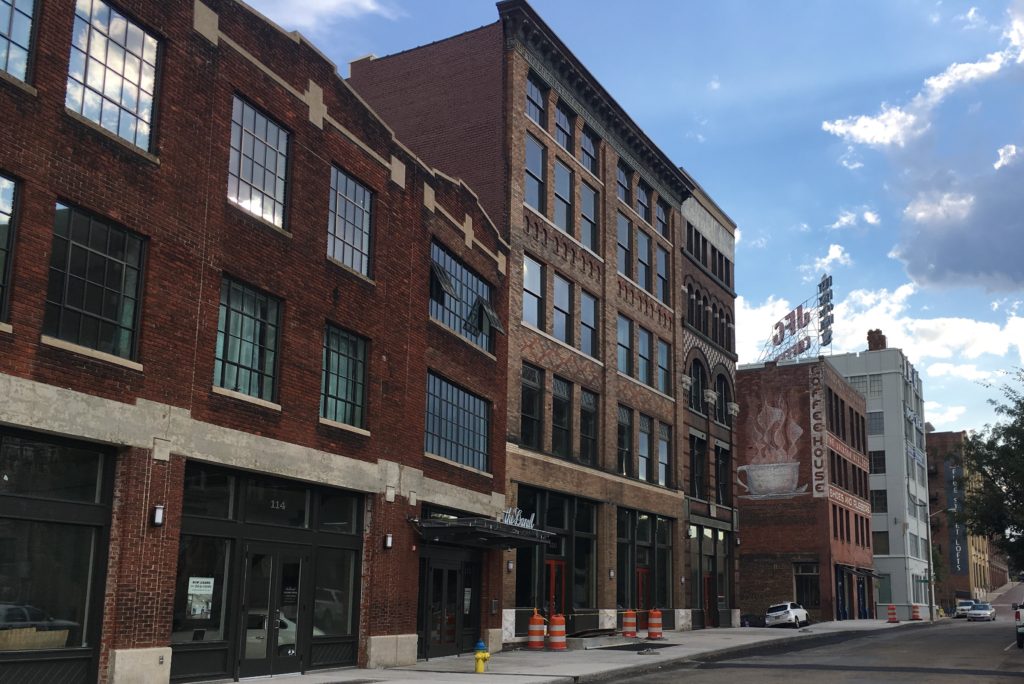 This week, Knoxville celebrates its 225th anniversary, and we couldn’t be prouder of our city!

The Daniel, formerly known as the John H. Daniel building, has been part of the Knoxville community for over 125 years, standing steadfast at its current location. Around its construction, the Old City was the setting of Knoxville’s industrial district; a peek through any given window in the area would reveal the inner-workings of sawmills, factories, and warehouses. During this time, The Daniel was occupied by a variety of tenants from liquor distributors to carriage constructors.

Come 1890, the Old City began to shift away from its mills and shops into the textiles manufacturing industry. The Daniel followed suit and became the location of the Powers, Little & Company garment business. During their occupation, the building was expanded two-fold. In fact, a close inspection of the building’s third story reveals a small slant in the façade that made the addition flush against its neighboring building.

Shortly after the building’s expansion, the John H. Daniel Company gained ownership and operated its suit tailoring business at the location until The Daniel’s modern renovations began in 2014.

Today, The Daniel offers modern, urban living.  Our leasable lofts reinterpret and incorporate many of the original materials, finishes, and proportions of our historic building.

As a historic part of the Knoxville community, The Daniel’s renovations centered on the ideals of preservation and respect for those that occupied the building before us. Our city has many stories to tell, and we’re honored that The Daniel could be a page in that book.

In honor of Knoxville’s 225th anniversary, we’re celebrating! We would like to welcome you to stop by our main office and chat with our team. Click here to start a conversation with us. Whether you’re looking for an apartment, interested in our preservation efforts, or just admiring the building’s original Richardsonian architecture, you’re always welcome here.

To learn more about The Daniel, check out our About page.

For further reading: check out Plans and a Look Inside the John H. Daniel Building by Alan Sims of Inside of Knoxville.